In collaboration with the Department of Cultural Studies, STUK organises the course ‘Contemporary Dance & Dance Studies’. The course is conceived as an introduction to contemporary dance, in theory and practice. This year, we zoom in on the theme of gender. The lecture series is concluded on April 26 with a public symposium Transforming Relations: Dance and Difference, bringing together renowned speakers from dance studies and related theoretical fields, practice experts and an interested audience. What role does dance, and more precisely choreography, play in re-thinking and transforming stereotypes about gender, sexuality, race and human relations?

In the first decades of the 21st century, many traditional stereotypes surrounding gender and sexuality have continued to be scrutinized. The LGBTQA movement, queer theory and #metoo, for instance, have encouraged a growing awareness of those identities and experiences that are marginalized by dominant ways of categorization. Likewise, various genders and sexualities have been gaining visibility in popular culture, as well as in the political arena. The challenge persists, however, to negotiate between the development of categories and structures, and the relational conditions through which notions of difference are continuously reconfigured.

Dance has been particularly responsive to such issues of difference. Fostering an art that thinks through bodies, movement and relation, dance and choreography support an exploration and rethinking of questions of corporeality, sexuality and gender. They carry the potential to frame difference not as a divergence from what is already established in advance, but rather to queer difference as a creative openness that continuously produces new ways of relating.

On April 26th, 2019, the Centre for Cultural Studies (KU Leuven) and STUK - House for Dance, Image & Sound are hosting their fourth annual symposium on choreographic issues, Transforming Relations: Dance and Difference. The event brings together speakers from dance studies and related theoretical fields, as well as practitioners, to reflect on how relations are transformed and how relations transform within the field of dance.

How can relationality be viewed as both a deeply structuring ethos of post-war Euro-American culture and a radical strategy for performance artists? This paper looks at explicitly relational performance art works by artists such as Yoko Ono, VALIE EXPORT, Adrian Piper, and Nao Bustamante, in relation to a critical genealogy of discourses around relationality, queer, feminist, and ethnic identifications and politics, and performativity in the post-war period.

Amelia Jones is Robert A. Day Professor and Vice Dean of Research, Roski School of Art & Design, USC, and is a curator and scholar of contemporary art, performance, and feminist/sexuality studies. Recent publications include Seeing Differently: A History and Theory of Identification and the Visual Arts (2012); co-edited with Erin Silver, Otherwise: Imagining Queer Feminist Art Histories (2016); and the edited special issue “On Trans/Performance”of Performance Research (2016). Jones is currently working on a retrospective of the work of Ron Athey and a book tentatively entitled In Between Subjects: A Critical Genealogy of Queer Performance.

Clare Croft - Can a Lesbian be Center Stage?: the Political Embodiments of Jill Johnston

This performative talk explores the dance writing and dancing of dancer-turned-dance-critic-turned-lesbian-feminist activist Jill Johnston to consider how the positionality of lesbianism offers a particular vantage on contemporary dance. I focus on Johnston’s role as audience, critic, and participant in the burgeoning postmodern dance scene in new York in the 1950s and 1960s, particularly her writing for The Village Voice and her appearances in films by Andy Warhol, to consider the relationships between audience and performer, man and woman in spaces of postmodernism and camp.

Clare Croft is a dance historian and theorist, dramaturg and curator. She is the author of Dancers as Diplomats: American Choreography in Cultural Exchange (Oxford 2015), and the editor of Queer Dance: Meanings and Makings (Oxford 2017). She is also the founding curator of the EXPLODE: queer dance festival, which is currently on a US national tour with upcoming stops in LA, Chicago, and New York. Croft’s writing has also appeared in numerous academic journals (Theatre Journal, Dance Research Journal, QED: A Journal of LGBTQ Worldmaking, among others) and regularly in journalism venues. She was a regular dance contributor to The Washington Post from 2002-2005, and the dance critic for the Austin American-Statesman from 2005-2010. She currently writes for The Brooklyn Rail and ARTFORUM. In 2018, Croft founded Daring Dances, a curatorial initiative focused on how dance—making it and watching it—can lead people into necessary, if difficult, conversations. Croft is currently at work on the book, Jill Johnston: A Different Kind of Lady, which focuses on Johnston’s work as a dance and arts critic and as a lesbian activist. Croft is also the editor for the Studies in Dance History book series, published by the University of Michigan Press, and is an Associate Professor of Dance and American Studies at the University of Michigan. She holds a PhD in Performance as Public Practice from the University of Texas-Austin.

Antonia Baehr - Tentacles of Affinities - in the open meshes of relations Or: The vampyroteuthis infernalis and their friends

“> The work represented by make up productions falls in between categories of art genres, as choreographical, musical and theatrical performance, as well as categories of gender. This falling in between is due to complex strategies of appropriation within these categories and conventions. > We appropriate professions, like choreographer, dancer, musician, names and biographies, in order to pursue our fantasies, achieve a better carrier and find a seat in the world. > We play switching power-games of giving instructions and executing them and we look how it feels. We make temporary contracts concerning collaboration forms or social structures. > We research the fiction of everyday-life performance and the fiction of theater. > We make the pieces we would like to see and haven't seen yet.” – excerpt from make up production's manifesto on www.make-up-productions.net

Antonia Baehr is a choreographer, performer, filmmaker and visual artist. Her works explore the fiction of the everyday and of the theatre, among other themes. She works together with various partners, frequently in the form of switching roles: from project to project, each artist alternately takes on the role of either guest or host. Baehr studied film and media arts at the Hochschule der Künste, Berlin, with Valie Export (1996) and obtained a DAAD-grant and a Merit Scholarship for the School of The Art Institute of Chicago. There she completed her Master in Performance with Lin Hixson. Since 2006, she has taught as guest professor at several European colleges. She has taken part in diverse group exhibitions (re.act.feminism, Center for Contemporary Arts Estonia Tallinn, Museo de Arte do Rio, MACBA Barcelona Museum of Contemporary Art, et al.); in 2012 the Neue Kunstverein Gießen showed her work in a solo exhibition. From 2006 to 2008 Antonia Baehr was associate artist at the Laboratoires d’Aubervilliers. From March to May 2013, The Beursschouwburg, Brussels, presented a programme comprising performances and films as well as an exhibition: “make up: at Antonia Baehr and Werner Hirsch’s table”. The works shown included those of artists who have worked over many years in various roles together with Hirsch and Baehr, as well as numerous works by Hirsch und Baehr themselves. In 2008, her book “Rire / Laugh / Lachen” was published, and “Abedecarium Bestiarium – Portraits of affinities in animal metaphors” was published in 2014. Her long-term collaborators include William Wheeler, Valérie Castan and Lindy Annis, among others, and more recently Neo Hülcker and Latifa Laâbissi. Her productions for the stage encompass “Holding Hands” (2001); “Un après-midi” (2003); “Cat Calendar” (2004), with Antonija Livingstone; “Larry Peacock” (2005), coproduced by Andrea Neumann and Sabine Ercklentz; “Merci” (2006); “Rire / Laugh / Lachen” (2008); “Over The Shoulder” (2009); “For Faces” (2010); “My Dog is My Piano” (2012); “Abedecarium Bestiarium” (2013); “The Wildes” (2014), coproduced by Keren Ida Nathan (Ida Wilde) and Henry Wilde (Antonia Baehr); "Misses and Mysteries" (2015), with Valérie Castan; "Normal Dance" (2016); "Röhrentier" (2016); "Exit" (2018); “Consul and Meshie”, with Latifa Laâbissi (2018) and “Music for Dead Animals” (ongoing series) with Neo Hülcker. In collaboration with Sabine Ercklentz, Baehr produced “Abecedarium Bestiarium. Affinitäten in Tiermetaphern”, a feature for WDR 3 that was broadcast in February 2015; and in June 2015, “Misses und Mysterien” was broadcast as a radio play on WDR 3. Baehr is the producer of the horse whisperer and dancer Werner Hirsch, the musician and choreographer Henri Fleur, the composer Henry Wilt and the aspirant New Music composer and ex-husband Henry Wilde.

Extract #2 is a platform for seven artists who have been working in STUK’s studios in recent years. What these artists have in common is their interest in challenging the established standards. The mini festival is concluded with the symposium Transforming Relations which offers a theoretical framework and zooms in on how choreography can redefine calibrated gender relations. 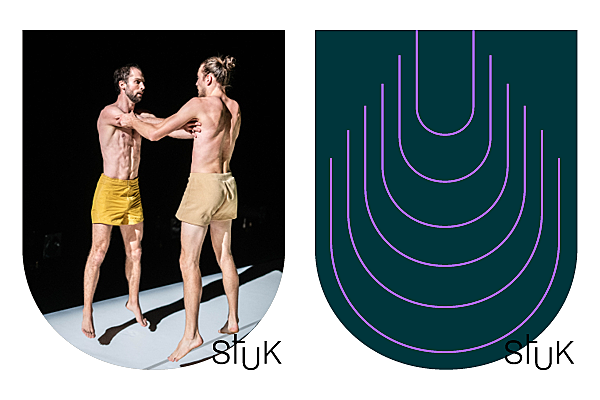