Why change great habits? Like every year, Artefact kicks of with one hell of an opening night - free of charge!

Top of the bill is Eartheater, Queens based multi-instrumentalist, composer and vocalist Alexendra Drewchin. In her typically baroque manner, she combines a three-octave vocal range with classical arrangements, powerful trap beats and experimental soundscapes. Eartheater’s live performances are - to put it mildly - memorable, packed with physical energy and emotional honesty. In October she released the mixtape Trinity on her own DIY label Chemical X, a spiritual gem comparing human emotions with the three states of water: solid, liquid and gaseous.

Brussels-based musician and performance artist Céline Gillain combines clubby songs, dark humour, storytelling and feminist sci-fi. Gillain presents her new hybrid performance What is this place, investigating the political and connecting potential of a concert hall, and how those places are under ever-growing pressure.

The night opens with a significant duet between Danish sax player Mette Rasmussen and a flying drone, a project of conceptual jazz duo Drone Operatør. Their performance focuses on the ever more intimate relation between man and robot, in a musical dialogue that goes from free expression to controlled mechanism - until the drone runs out of battery power.

After the concerts in Labozaal, we keep the opening night vibe going in STUKcafé with a dj set by Dansemble.

“In Eartheater’s burgeoning musical world, women don’t need to fold their voices in service of beauty. They are free to make a ruckus, to sound monstrous, to gnash their teeth at anyone who would pen them in.”

“She strips down pop components, discards most of them, and recombines what’s left at unusual angles—a hard blip of percussion here, a stab of melody there, haunting spoken word woven through it all” 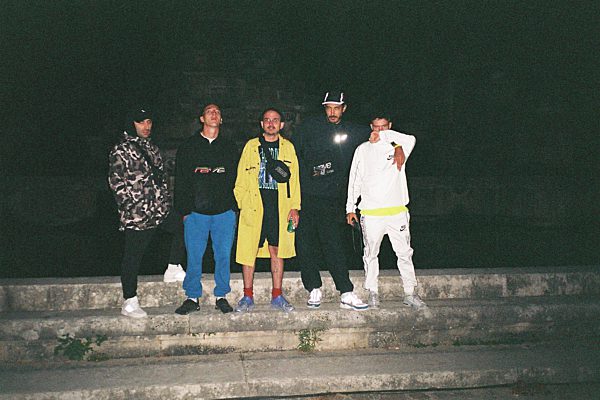