The remarkable, unsong known story of the female pioneers of electronic music.

Film behind closed doors. Be on time - latecomers will not be able to enter.

The remarkable world of electronic music has been constantly evolving since its inception in the early 20th century. From the unlimited possibilities of digital synthesisers, to the recent analog recording revival; from the impossibly perfect pitch of Auto-Tune, to the democratisation of music-making for a generation of ‘bedroom’ producers - each of these extraordinary developments is directly connected to the work and artistry of the women featured in Sisters with Transistors: Clara Rockmore, Daphne Oram, Bebe Barron, Delia Derbyshire, Maryanne Amacher, Pauline Oliveros, Wendy Carlos, Eliane Radigue, Suzanne Ciani, and Laurie Spiegel are among the greatest pioneers of modern sound and we continue to feel their influence yet most people have never heard of them.

Julia Eckhardt is a musician and organiser in the field of the sonic arts. She is a founding member and artistic co-director of Q-O2 workspace in Brussels, for which she conceptualized various thematic research projects. As a performer of composed and improvised music she has collaborated with numerous artists, and extensively with Éliane Radigue. She has performed internationally, and released a number of recordings. She has been lecturing about topics such as sound, gender and public space, and is (co-)author of The Second Sound, conversation on gender and music, Grounds for Possible Music, The Middle Matter – sound as interstice en Éliane Radigue – Intermediary Spaces/Espaces intermédiaires.

“The idea for this piece was initially inspired by a large mural that I saw by chance in 1973, at the Museum of Natural History in Los Angeles. It showed the “spectrum of electromagnetic waves” moving from the largest to the smallest of known measurable wavelengths. Out of this large spectrum, there is a tiny zone from slightly less than 100 Hz to slightly more than 10 KHz that the ears of certain species populating the planet earth, have transformed into “sounds”.

Later, I discovered interesting parallels with several of my reflections on William of Ockham and his famous treatise “Ockham’s Razor”. Expressed most succinctly in his own words, “The simplest, the best”, it has been adapted and used by numerous artists/creators.

Last, came the distant recollection of a science fiction story I had read about the existence of a mythical ocean. Only the title remained etched in my memory, “Occam’s Razor”, which explains the origin of the spelling I chose. It seems in fact that the Ocean with its multiple waves allows us to symbolically be in contact with a rather large spectrum of vibrating undulations, stretching from great deep-sea swells to wavelets sparkling on a fine summer day. This explains the overall “structure” of the project.

The work mode is based on an individual “image” illustrated and evoked within each solo. Each musician is guided by his or her personal “image”. This provides the essential, letting descriptive words and evocations establish a system of communication as the piece is being elaborated, and through this intuitive-instinctive process, we are guided to the very essence of music. There will be as many solos as there are volunteers willing to enter into this shared experience.

They become the “sources”.” 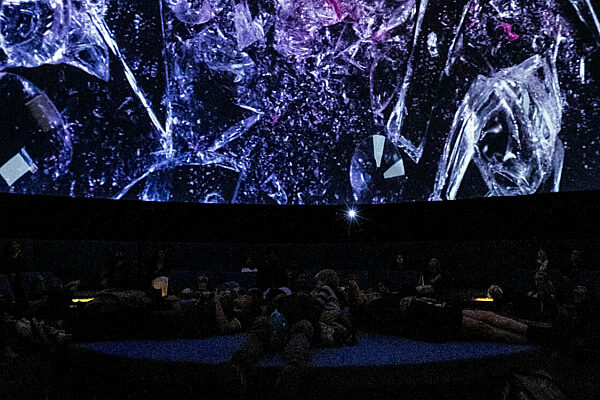