The Place of Dead Roads

In the video installation The Place of Dead Roads (2013), Danish artist Joachim Koester takes us on a journey to a subterranean world; a ‘road used by the dead’. Inspired by a quote by the Austrian-American psycho-analyst Wilhelm Reich: ‘Every muscular contraction contains the history and meaning of its origin’, Koester transforms the typical movements from the Western world into an odd kind of dance.

Dancers Pieter Ampe, Boglarka Börcsök, Liz Kinoshita and Halla Olafsdottir take on different poses, draw and aim their gun, attack and defend in a seemingly uncontrollable stream of jerky movements and expressions. Koester borrowed the title and concept of the work, The Place of Dead Roads, from a novel by William S. Burroughs Wild West, in which Burroughs tells the story of Kim Carsons, a cowboy who attempts to escape his own dead body, after being fatally shot in 1899.

Note that the dancers in The Place of Dead Roads, are quite familiar to STUK: Pieter Ampe will pre- sent a duet in STUK in the fall, and Liz Kinoshita works a.o. with Daniel Linehan, Thomas Hauert and Tino Seghal.

The Place of Dead Roads is a Jan Mot production, in co-production with Centre d’art contemporain Genève.

JOACHIM KOESTER
°1962 — Denmark
Joachim Koester is a conceptual and experimental visual artist working with video, 16mm film, installation and photography. His work explores those troubled zones between conscious and unconscious, the occult and the rational. Also the body and the notion of performance are recurring themes. His work is shown internationally and is part of the collections of the Museum of Modern Art, New York; Metropolitan Museum of Art, New York; Moderna Museet, Stockholm; Statens Museum for Kunst, Copenhagen; SMAK, Ghent; and Boijmans van Beuningen, Rotterdam. Joachim Koester lives and works in Copenhagen.

This exhibition is part of STUK START, our free opening festival. 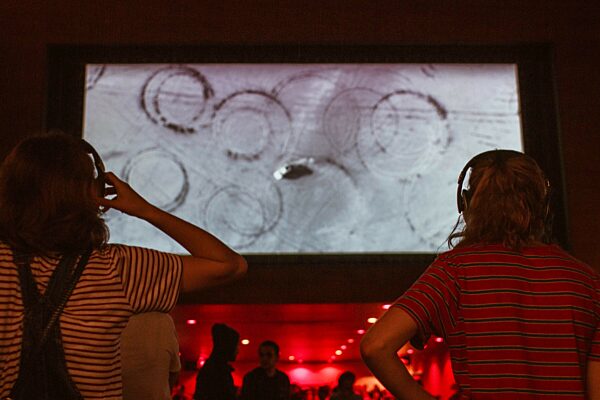