In their exhibition in STUK percussionist Rubén Orio and photographer/painter Lore Stessel investigate their common fascination for wood. As a material, wood is omnipresent in our daily life. In addition, it has the extraordinary capacity to grow in every direction; it can contract and expand - it is alive. In their practice, Orio and Stessel examine the apparent likings between man and wood; the veins, color, capabilities to grow and transport fluids. In their thought experiment, they consider wood to be much like the human body.

The work consists of two parts. In Cas-co, the live components are performed with an emphasis on tactility and movement. In STUK, Stessel and Orio present the purified result of this live investigation in the form of photographic images and sound fragments. The exhibition in Cas-co opens on Wednesday April 18, at 7pm.

Since the Fall of 2017, Cas-co and STUK work together on a presentation platform for visual artists whereby the work of Cas-co residents (N+1 & STUDIO) is on view in STUKcafé in a series of curated solo presentations.

The work of Lore Stessel emerges in an intense process of attraction and repulsion between photography and painting. For Stessel, photography captures a lot of detail in a short concentration span, maintaining a direct relation to reality, whereas painting offers freedom, materiality and possibilities to create. Stessel’s work often addresses the human being, be it in its physical presence or its legacy. She is fascinated by the beauty of daily routines, small gestures and the power of movement.

Lore Stessel received a Master in Painting from the Luca School of Arts, Brussels in 2009 and a Master from l’Ecole Nationale Supérieure de la Photographie Arles in 2012. In that same year, she won the Louis Rouderer price. She is represented by Rossicontemporary, Brussels, and lives and works in Leuven.

Rubén Orio is a musician based in Brussels. He is a regular player in ICTUS Ensemble in Brussels and the Antwerp Symphony Orchestra. Orio received his training at Barcelona ESMUC (Escola Superior de Musica de Catalunya), CODARTS (Arts school of Rotterdam) and HOGENT (Gent University). He has been performing in venues and festivals such as Biennale di Venezia, MaerzMusik Berlin, Opéra de Paris, Festival van Vlaanderen Kortrijk, SPOR festival in Aarhus, OSTRAVA days, and MIXTUR festival in Barcelona.
Rubén is interested in multidisciplinary formats, working together with other artists as the photographer-painter Lore Stessel, choreographer Vera Tussing or sound artist Stephan Quix. He has been invited to teach rhythm workshops in PARTS, Rosas’ dance school.
Rubén is co-founder of FRAMES percussion quartet in Barcelona and TheThirdGuy electric guitar-percussion duo in Brussels. 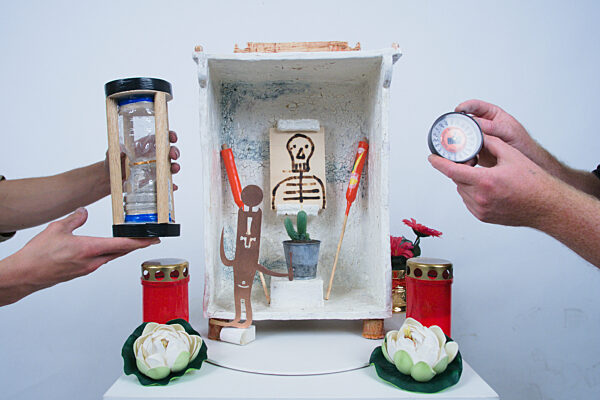 As You Think So Shall You Become

Robbert&Frank Frank&Robbert turn Leuven into a Springtime snow globe for a re-enchanting experience. Discover their works all around Leuven and dive into their world of visual language, DIY rituals and omens. 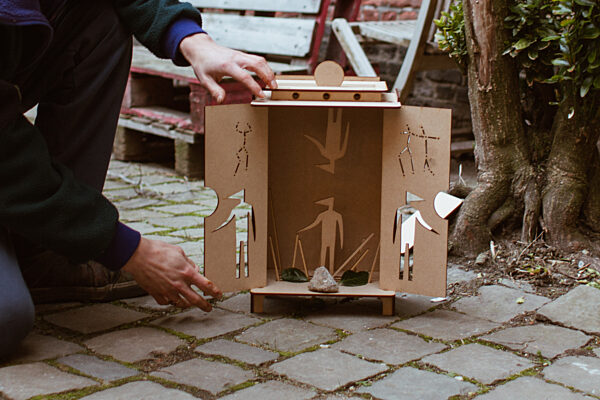 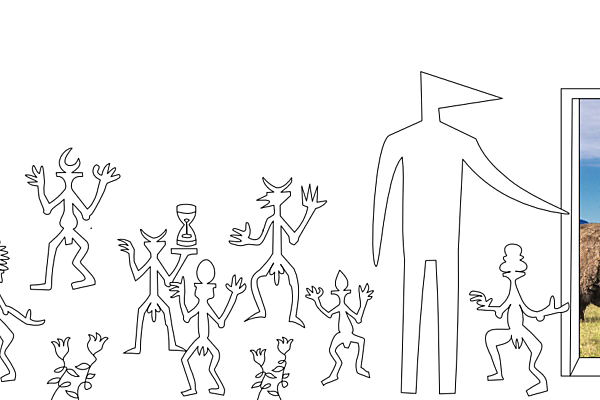