We ask a lot from the body, but what does the body want to tell us?

In this musical and physical composition, two performers lay bare the truest gauge of our ‘state of being’: the heart. Directed by the rhythm of each other’s heartbeats, their bodies become increasingly intertwined. Can they give their bodies a voice without missing a beat? Heartscore is an intriguing visual and listening experience that captures the dialogue between head and body.

Anthony van Gog & Maarten Heijnens graduated both in 2019 from the Performance Education of the Theatre Academy in Maastricht. They share a fascination for making visible and tangible what is hiding in the body and how the current time has an impact on how we experience our body. From this great (shared) fascination for the body, its processes and its expressiveness, they have formed a makers duo since their graduation. Together they are engaged in creating what they call 'physical scores'. In a physical score, it is not the musical instrument, but the body-as-instrument that is central. In this way they want to give the body the opportunity to speak, so that we have the opportunity to listen to it in order to continue to understand it.

In their physical scores they look for the tension between the organic framework of the body and the rigid framework of a composition. Self-regulating bodily processes enter into a dialogue with the rhythmic and durational limitations of the score. In doing so, they look for the friction between the will of the body and the will of the mind, between intuition and reason, between physical desire and cerebral objection. It is precisely there that they see a 'poetic space' open: where the body comes to a speech.

Together they already created their first physical score Breathing Piece: a half-hour composition for breathing, based on the course of a hyperventilation. Breathing Piece has been performed by two performers and one conductor. This work has now been shown 23 times - both nationally and internationally - in various contexts. 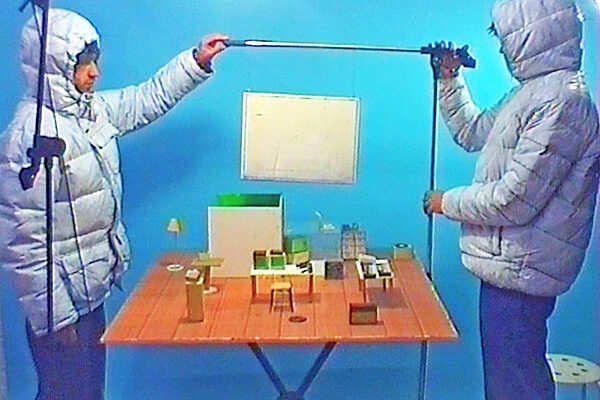