To limit the spread of the corona virus, STUK is closed until the end of May. This means the opening of the exhibition POINT OF VIEW by Angela Washko has been postponed.

But that doesn't mean you cannot enjoy her work in other ways. STUK & Angela Washko put together a digital preview of the exhibition: one video from each of the four series presented in the exhibition, for you to enjoy at home. This preview by no means replaces the actual exhibition - presenting the videos outside the physical setting of an exhibition space is of course not the full experience. But until that full experience is possible again at STUK, we offer you this digital preview - discover the four videos below.

Angela Washko (°1986) is an American artist and interventionist devoted to creating new forums for discussions of feminism where they do not exist. She actively seeks out new ways to facilitate or enter into conversation with individuals and communities who have radically different ideas and opinions in an attempt to create spaces for discussion, productive dissent and complexity. Throughout her practice, she investigates how power structures are embedded into our collective consciousness through media. A life-long gamer, her work takes the form of performance (in both virtual and physical spaces), actions, interventions, video games, videos, prints and books.

In 2012, Washko founded The Council on Gender Sensitivity and Behavioral Awareness in World of Warcraft with a goal to facilitate discussions with other players about the misogynistic, homophobic, racist and discriminatory language used within the game space. Instead of just continuing to ‘go on quests and kill stuff’, she created a series of video-documented performances - two of which are included in the show - in which she initiated and facilitated conversations about gender and discrimination within World of Warcraft.

Watch the video Nature from the series The Council ... below

For her video series Heroines with Baggage, Washko started to replay the 1990s role-playing video games which were formative to her as a child. Upon replaying these games, it became clear to the artist that the women represented were frequently portrayed as collapsing, running scared, afraid of being alone, and always in need of rescue by a male protagonist. By constructing videos featuring only scenes focused on female characters from these games, Washko makes the presence of these stereotypes and oversimplified gender binaries visible and woefully obvious.

BANGED is a series of works Washko created around the figure of Roosh V, ‘the Web’s most infamous misogynist’ and a professional pick-up artist. A leader of the manosphere (an online anti-feminist network mobilized around the notion that men are more oppressed than women), Roosh V has written numerous books on how to have sex with women across cultural barriers as quickly as possible. His tales of sexual conquests were widespread, however never giving voice to the women involved. During the process of soliciting stories from these women to create a parallel compilation to his stories and texts, Washko ended up doing a video interview with the manosphere figurehead himself. The interview video along with performances and books about her experience with the manosphere community afterward make up the BANGED project.

Resulting from continued research into the pick-up artist (PUA) community is the last body of work presented in the exhibition: The Game: The Game. Composed entirely of scenarios, techniques, and language from texts and instructional videos created by pick-up artists, The Game: The Game is a feminist dating simulator video game designed to give players the experience of interacting with a series of infamous pick-up artists and seduction coaches. It is accompanied by a haunting musical score composed by Xiu Xiu.

Watch the trailer for The Game: The Game below

The Game: The Game [Trailer] from Angela Washko on Vimeo.

Angela Washko is an artist who creates new forums for discussions about feminism in spaces frequently hostile toward it. Washko's practice spans interventions in mainstream media, performance art, digital works, video and video games. In 2012 Angela Washko founded The Council on Gender Sensitivity and Behavioral Awareness in World of Warcraft, an intervention inside the popular multiplayer online role-playing game. Washko's recent project, The Game: The Game, is a video game in which professional pick-up artists attempt to seduce the player using their coercive signature techniques sourced from their instructional books and video materials. She is currently working on a documentary film about RuPaul’s Drag Race contestant Mrs. Kasha Davis.

A recent recipient of the Creative Capital Award, the Impact Award at Indiecade, a Franklin Furnace Performance Fund Grant, and a Frank-Ratchye Fund for Art at the Frontier Grant, Washko's practice has been highlighted in The New Yorker, Frieze Magazine, Time Magazine, The Guardian, ArtForum, The Los Angeles Times, Art in America, The New York Times and more. Her projects have been presented internationally at venues including Museum of the Moving Image (New York), Los Angeles Museum of Contemporary Art, Milan Design Triennale, Kiasma Museum of Contemporary Art (Helsinki), Shenzhen Independent Animation Biennial and the Rotterdam International Film Festival. Angela Washko is an Assistant Professor of Art at Carnegie Mellon University.

Works in the exhibition:

The Game: The Game

All works courtesy of the artist

Since the Fall of 2015, STUK is presenting solo exhibitions of contemporary visual artists with a particular affinity for the moving image. In the past four years, we have had the pleasure to work with Bjørn Melhus, John Akomfrah, Emre Hüner, Joachim Koester, Omer Fast, Nevin Aladağ, Mika Taanila and Sebastián Díaz Morales. 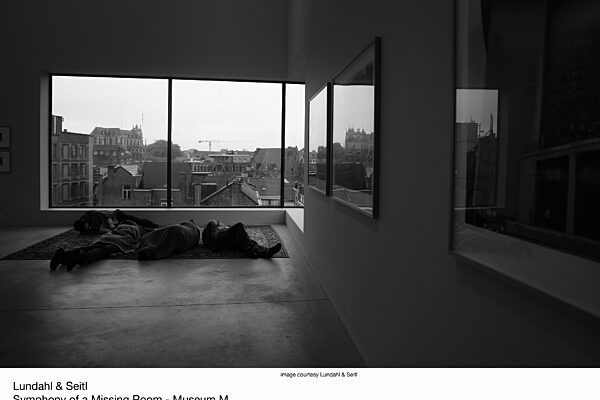 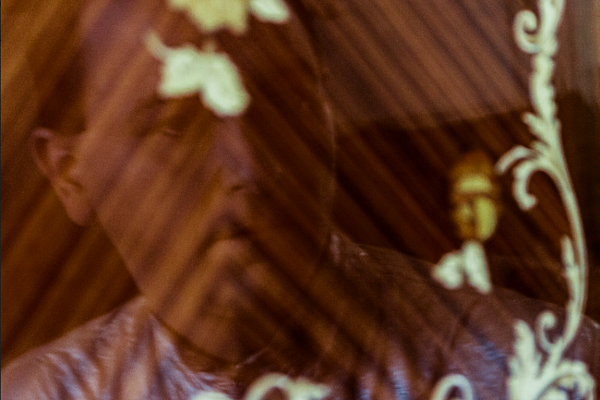