A dialogue in whispers

LAAN is a temporary in-situ sculpture made of clay created for the central aisle of the Botanical Garden in Leuven.

The path in which LAAN is situated is surrounded by wisteria. Originally an Oriental plant, the wisteria symbolizes love, fertility, beauty and creativity, but also eternal wisdom, patience and integrity. Enhanced by the fragrant presence of the wisteria, Roovers’ 70m long line invites you to go on an introspective journey.

Time, weather conditions and visitor’s behaviour will determine how the sculpture evolves over the course of six weeks. After the closing of the exhibition, Roovers will return the materials from which the sculpture was made to its original site: the former Sint-Pietersziekenhuis. A meaningful place for many in Leuven, this site helped put Leuven on the map as a city of medical knowledge, education and innovation. With LAAN, Roovers links the past of the Sint-Pieters hospital in a special way to the current 200th anniversary of the Botanical Garden and the future dream of the new performing arts building scheduled to open at the former hospital site in 2027. We travel through time and space by means of a sculpture that invites meandering associations in one elongated movement.


The Hortus Botanicus Lovaniensis (Dutch: Kruidtuin) is the oldest botanical garden in Belgium. It was established in 1738 by the university for its medical students. In 1821 this garden, which had grown too small, moved to its present location at Kapucijnenvoer. From June 2021 to June 2022 Leuven will celebrate the 200th anniversary of its botanical garden.

The work LAAN was installed on April 22. After that, as intended by the artist, it was left to the visitors and the weather to make it into what you see now: a trace of what was.

An Roovers is fascinated by nature, tradition and history. Her intuitive sculptural interventions can best be described as three-dimensional drawings. Earth/clay is the raw material for Roovers' personal minimalistic oeuvre. Her practice is process-based and circular. Roovers always works with the local raw materials in the region where she works, in order to ultimately return the sculptures to their location in their original form (earth). Through the use of organic material and her focus on slowness, stillness and time, Roovers generates a special universe that is both poetic and socially engaged.

An Roovers obtained her Master of Fine Arts at the PXL-MAD School of Arts, Hasselt. Since 2020, she has been residing in the Cas-Co studios in Leuven. 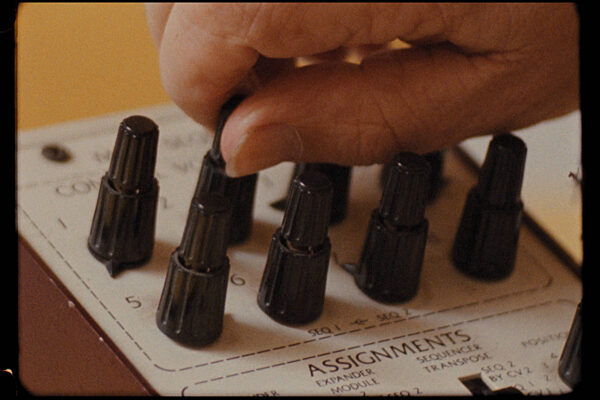